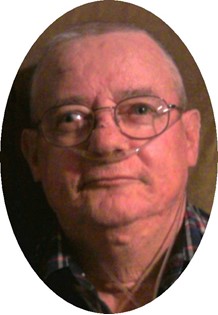 Services will be held on Friday, July 20, 2012 at 11:00 am at the Church of Christ with Pastor Ed Murray officiating. Interment will follow at the Mountain View Cemetery.

He married Sherrie Withrow on June 12, 1971 in Elko, NV. They raised three children together. They have lived in the Riverton area for the last 45 years.

Dan was a heavy equipment operator for construction. He worked for Brush and Sons and then for Circle Paving.

His family said that he enjoyed the outdoors where he would fish, hunt, and go four wheeling. He also enjoyed working in the yard and doing woodwork. Another of his favorite things was playing cards with his family and friends.

He was preceded in death by his parents, Dallas and Gloria, and an infant brother, Charles Keele.

Memorials may be made to the Church of Christ in care of Davis Funeral Home. On line condolence may be made at www.thedavisfuneralhome.com