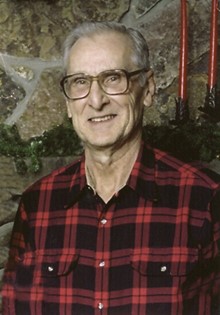 Guestbook 8
Donald Earl Quayle, 81, died with family by his side Wednesday, July 18, 2012, at the Help for Health Hospice Home. Funeral services will be at 10 a.m. Tuesday, July 24, at St. James Episcopal Church in Riverton. Don Quayle was born June 23, 1931, in Ishpeming, Mich. Shortly after the family moved to the Village of Oxford, Mich., where he spent his formative years. He attended Oxford High School where he was a member of all varsity athletic teams as well as a member of student council, the band, the school newspaper staff, the drama club and “HiY” (an academic honors club). His family attended the Methodist Church where he was a member of the choir, as well as a soloist, for many years. After graduating from high school in 1949, Mr. Quayle attended Michigan State University. He was a member of both the varsity football and baseball teams during his four years at MSU and was a member of Sigma Nu Fraternity and an enrollee in the ROTC Program. (He fulfilled a dream during those years by playing in the Rose Bowl.) After earning a bachelor of science degree from MSU, Don served in the U.S. Army as a lieutenant. He underwent basic infantry officers training at Fort Benning, Ga., as well as paratrooper training in the 11th Airborne 503rd Infantry Division at Fort Knox, Ky. In Munich, Germany, he served in the 11th Airborne Infantry for two years where he was known as “Der Q.” He also was an enthusiastic member of military football, basketball and baseball teams. Upon being discharged from the army, Mr. Quayle attended the University of Colorado where he earned a master of science degree. During his two years in Boulder, Colo., he met and married Mary Jo Isett. The Quayles settled in Rapid City, S.D., for the next seven years where Mr. Quayle taught and coached various athletic teams. During the summers he was a player/manager in the semi-professional Basin League. He was also an active community leader in Rapid City, S.D. Two sons were born in Rapid City, S.D., Richard Clayton and Robert Scott. In the mid-60s, the family moved to Laramie, where Mr. Quayle earned a doctorate of education degree and became a member of Phi Beta Kappa. As a graduate assistant, he enjoyed many intramural athletic activities. For the past 43 years, the Don Quayle family has resided in Riverton, where Don was an instructor, a basketball coach, an intramural director and a department chairman at Central Wyoming College. (He was fondly referred to as “Doc.”) He was active in community organizations for many years and attended St. James Episcopal Church with his family. He retired from Central Wyoming College as a Professor Emeritus in 1985. His family said his interests included refereeing high school and college basketball and football games; playing City League basketball with his sons as well as noon basketball at the University of Wyoming and at CWC; playing softball in the University of Wyoming League and City League softball his first few years in Riverton; bird hunting and big game hunting; stream fishing; growing corn on his Missouri Valley farm and growing hay on his Riverview property. He enjoyed square dancing with the Hoedowners, playing bridge, solving crossword puzzles and working 1,500-2,000 piece jigsaw puzzles and listening to jazz and classical music. His family said teaching his sons to enjoy his interests was of utmost importance to him. He is survived by his wife, Mary Jo; his sons Scott and Dick and his wife Jodi; five grandchildren, Alex (Finlayson), Kati, Lauren, Seth and Chris; and two great-grandchildren, Taylor Finlayson and Trysten Dooley. He was preceded in death by his parents, Freda and Clayton Quayle; his brothers, Dick and Bob; and his sisters, Harriet and Barbara. Memorials may be made to Help for Health Hospice Home or Central Wyoming College Scholarship fund.