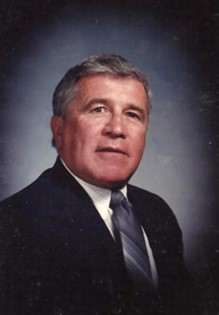 Guestbook 11
On Saturday, July 21, Eugene George Patch –Gene, as he preferred to be known- slipped away from us all. He will be missed by family and friends. No services are planned at this time. A Celebration of Life will be held at a later date. Gene was born on November 7, 1930, in Anaconda, Montana to George and Dorothy Trbovich Patch. He attended schools in Anaconda and graduated from Anaconda High School on May 28, 1948.

During his high school career Gene was very active in football, basketball, and some track. He was captain of the football team his senior year and played a prominent roll in their State Basketball Championship in 1948.

He played baseball in the summers from Little League to American Legion Baseball to City League to the highly regarded Copper League. In 1955 the Anaconda Anodes won the Copper League Championship. Gene was the shortstop on that team.

Gene was also active in non-athletic school activities; the highlight was being selected to attend the very first Boys’ State ever held in Montana in the summer of 1947.

After high school graduation, Gene entered the University of Montana in Missoula where he played some football and baseball. In 1952, he received a Bachelor Degree and a commission as a 2nd Lieutenant in the United States Air Force.

On August 2nd, 1952, Gene officially entered the USAF at Lackland AFB in San Antonio, TX. In October of that year he was transferred to Selfridge AFB at Mt.Clemens, Michigan. There he served until August 2, 1954, when he was honorably separated from the USAF.

In late August, 1954, Gene was offered and accepted a teaching/coaching job at Pavillion High School, Pavillion, WY. He spent three years there. In August, 1957, Gene accepted a similar position at what was then Fremont County Vocational High School in Lander, WY. There he served in the following capacities: head track coach, assistant football and basketball coach, head basketball coach, biology instructor, assistant principal and activities director, and principal of what is now LVHS.

In 1986, Gene retired and shortly thereafter did some part-time work for the University of Wyoming and CWC. In 1988, he accepted the job of Superintendent/Principal at Jeffrey City, WY, and held that position until 1991 when he retired a second time.

One of the greatest joys of his life was the birth of his and Bea’s only grandchild Devin Eugene Patch on October 14, 1997.

Early in the century Gene’s energy level and his involvement in various activities were sharply curtailed because of failing health. Gene spent the last several years of his life somewhat handicapped. He died with his family at his side.

Gene was preceded in death by his grandparents, parents, aunts and uncles. He is survived by his wife of Lander, son and grandson of San Antonio, TX, as well as cousins, other family and a host of friends.

Should you meet Gene in another life, another place, another time, he’ll probably greet you with, “Have you heard the one about…”

The family requests that memorials in Gene’s honor go to the Lander Pet Connection, the Casper Humane Society, or Hospice. Memorials may be sent to Davis Funeral Home.