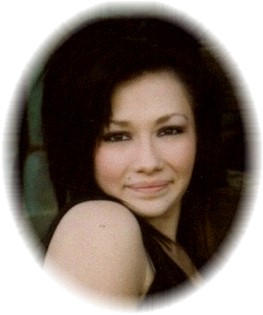 Segourney Solonge Wehling was born on November 8, 1990 in Columbus, GA to Richard Rodd Wehling and Maria (Ortiz) Wehling. In 1995 she moved to Riverton, WY where she went to school and graduated from Riverton High School in 2009.

After school she worked at the Acme Theater, Kmart, Holiday Inn and the Trailhead.

In 2011 she moved to Denver, CO and was attending the Aveda Institute of Denver. She also had worked at Floyd’s 99 Barbershop in Denver.

She attended Awanas in Riverton when she was younger.

Her family said she enjoyed music, both singing and listening to it, dancing, art, body art, designing, scuba diving and working with cosmetics and hair.

Memorials may be made to the Jaslene Wehling Education Fund in care of the Davis Funeral Home, 2203 W. Main Street, Riverton, WY 82501.

Services are under the direction of Davis Funeral Home. On line condolences may be made at www.TheDavisFuneralHome.com