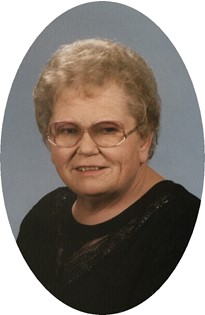 Guestbook 8
A memorial service for Vera Louise Goff, 74, will be held 10:00 a.m., Tuesday, August 7, 2012 at Davis Funeral Home with interment of cremated remains to follow at Mountain View Cemetery.

She was born December 25, 1937 in Cheyenne, Wyoming daughter of Earl D. and Violetta Alida (Anderson) Dodrill.

At an early age, Louise’s family moved to Pavillion where she later graduated high school. She then moved to Riverton and worked as a nurse’s aid.

She was a member of the Eagles Club.

Louise was preceded in death by her parents and husband, Robert on May 2, 2007.