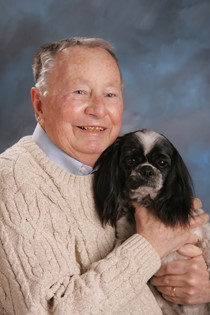 He worked for Montgomery Wards, J.C. Penney, Hasbro Co., Kathryn Grey Soaps, Cowboy Sales, and as a Real Estate agent. He lived in West Virginia, Ohio, Rhode Island, New York, and Pennsylvania until he finally settled in Riverton in 1979.

On November 10, 1956 he married Linda Leigh in East Liverpool, Ohio. Together they raised four children.

Along with all of his civic activities he was also very active in his church. He sat on the parish council for St. Stephens Catholic Mission.

Even with all of his activities he still found time to enjoy fishing, gourmet cooking, gardening, watching pro football, and discussing politics.

He was preceded in death by his parents, grandparents, Wallace and Iva McMillin, and Pearl Booth and Elmer Bebout.

Memorials may be made to Help for Health Hospice or the WPBS Foundation in care of Davis Funeral Home. On-line condolences for the family may be made at www.TheDavisFuneralHome.com.