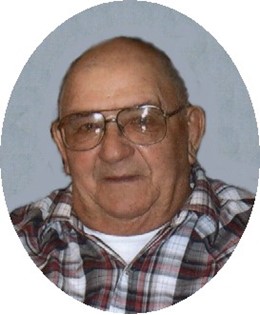 He was born November 26, 1930 in Walker, South Dakota, son of Eremeo and Martha (Werlinger) Genoff. Tony grew up in MacIntosh, S.D. and graduated from the School of Hard Knocks.

Tony served in the United States Army, January 1952 until he was Honorably Discharged in December of 1953 stationed in Germany. He received an Army Occupation Medal and National Defense Suc. Medal.

On April 25, 1980, he married Marian L. Hull in Casper, Wyoming. Tony worked as a Dozer operator and retired from Union Carbide in 1993.

Tony was an avid fisherman and he loved playing card games with his friends. He also enjoyed gardening and did his own canning and taught many friends how to make his famous pickled asparagus. His family said that Tony considered the casino to be his social club and enjoyed arrowhead hunting. Family and friends were very important to Tony.

Tony was a member of the VFW and the Eagles.