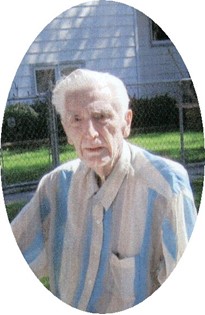 Guestbook 7
Funeral services for Charles Frank “Chuck” Hermann, 83, will be held 1:00 p.m., Tuesday, August 14, 2012 at the Church of Jesus Christ of Latter-day Saints with Bishop Michael Baldwin officiating. Visitation will be held 7-9 p.m., Monday at Davis Funeral Home and noon until service time Tuesday at the church. Interment will follow at Mountain View Cemetery. Memorial contributions to the Ronald McDonald House or Shriners Crippled Children in care of Davis Funeral Home.

Chuck always said that he graduated from the “school of hard knocks” and high school in South Dakota.

Other than a few years in California, he has spent his entire life in South Dakota, Wyoming and Utah.

Mr. Hermann started working with his father as a mechanic at the age of 12. He was a trader from age 5 and always the master of his own destiny. He was self-employed and self motivated and a master of philosophy of all nations, religions and lifestyles.

He was an active member and high priest in the Church of Jesus Christ of Latter-day Saints. Chuck was also a member of the Breakfast Club Men’s Group.

His family says he was a wonderful family keeper and loving husband of 63 years.

He was a Champion Motorcycle Rider, enjoyed attending trade shows and gun shows, working in his shop as a mechanic and inventor. He was a visionary and meditator.