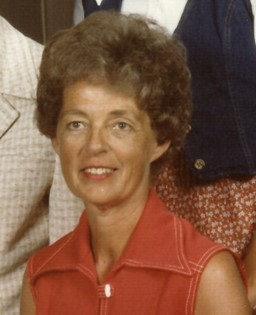 Cremation has taken place and no service is planned in accordance to her wishes.

Alice Carroll List was born, June 9, 1927, in Springfield, IL to Edward Carroll Jordan and Faith (Foley) Jordan. She attended schools in IL and graduated from the University of Illinois with a Masters in Education.

She married Robert Redfearn on June 17, 1950. They had a son, Robert Jordan Redfern. They later divorced. On July 7, 1960 she married James List, they moved to Casper, WY in 1960. They then moved to Riverton and built their home in 1963. They had a daughter, Katherine Anne List.

She taught junior high history in Casper, was a social worker for several years and taught 3rd grade at Jefferson School in Wyoming for 17 years. She retired from teaching in 1989. Along with this work she was involved with NAMI (National Alliance for Mental Illness), served on Wyoming Advisory Council for Protection and Advocacy’s Mental Health Program. She was also on the board of directors for Fremont Counseling Service. When she wasn’t volunteering, she enjoyed working at the monthly library book sales, belonged to the Archeology Club, and was a member of the Wind River Education Chapter of Phi Delta Kappa.

Her family said she was an avid non-fiction reader, a civil war and American history buff, enjoyed archeology, antiques, golfing and flower gardening.

She was preceded in death by her parents and her husband, James List in August of 1983.

Memorials would be appreciated by the family to one of the following, NAMI Wyoming, Riverton Branch Fremont County Public Library, or Fremont Counseling Service in care of Davis Funeral Home.