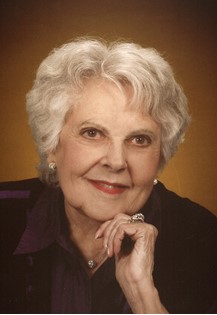 Guestbook 3
V. Novella Whitlock died Tuesday, October 16, 2007 at Riverton Memorial Hospital. She was 81 years old. Funeral services will be conducted at 2:00 p.m. on Monday, October 22, 2007 at Trinity Lutheran Church in Riverton, with Pastor Vernon Boehlke officiating. A viewing will be held one hour before the service at the church.

Velma Novella Vermillion was born on February 26, 1926 in Lebanon, MO, the daughter of Rufus Vermillion and Elizabeth (Perry) Vermillion. She grew up in Pavillion where she attended school, and was graduated with the Pavillion High School class of 1943. She attended the University of Wyoming, and then went to Charles Beauty School in Denver, being graduated in 1945.

On May 10, 1948 she married Chester Coston, and they lived in Idaho and North Dakota while he was employed in the oil field. They were later divorced. She had resided in Riverton for the last 60 years.

She was a member of Trinity Lutheran Church where she was a past member of the bell choir, which the family said she loved.

Mrs. Whitlock was a beautician all her life. She owned Novella’s House of Beauty for 49 years.

The family said she enjoyed her children and grandchildren, playing cards, her bridge club, loved visiting with friends and family, her vegetable garden and canning, and loved to travel.

Mrs. Whitlock is survived by her son Kevin Coston and his companion Susan Anderson of Riverton; son Charlie Whitlock and his wife Phyllis of Kinnear; daughter Elisa Beck and her husband James of Honolulu, HI; daughter Kelly Wayne of Cheyenne; 8 grandchildren and 2 great grandchildren; brother John Vermillion and his wife Wanda of Redmond, OR; sisters Laureda Dolan and her husband Eddie of Laramie and Ardith Murrell of Westminster, CO; and numerous nieces, nephews and cousins.

In addition to her husband Tode Whitlock, she was preceded in death by her parents, Rufus and Elizabeth Vermillion.

Memorial donations may be given to Trinity Lutheran Church and School, 419 East Park, Riverton, WY 82501.