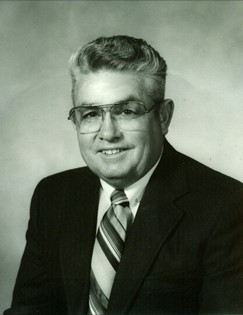 Guestbook 50
Funeral services for William A. “Bill” Strannigan, will be held 3:00 p.m., Friday, August 31, 2012 at the United Methodist Church with Reverend Mark Thurman officiating. Military rites will be conducted by the Friday-Truan Detachment #683 Marine Corp League & Veterans. Viewing will be held Thursday from 6 p.m. to 8 p.m. at Davis Funeral Home. Cremation will follow services.

Bill Strannigan, 80, ended his nearly five-year struggle with leukemia on Monday, August 27, 2012. “Billy,” as his lifetime friends called him, was born in Winton, Wyoming on February 25, 1932, the second of three children of Andrew and Elizabeth “Bess” (Wilson) Strannigan. He attended school in Winton and Reliance and graduated from Reliance High School in 1950.

Bill attended the University of Wyoming and graduated in 1957 following service in the Army 82nd Airborne. In 1957, he married the former Clarice Hoffman in Laramie. The couple moved to Riverton that same year where they began their 55-year marriage. Bill embarked upon coaching, teaching and directing athletic and activities in high school. Bill retired in 1992 as the Activities Director of Riverton High School, but his dedication to the education of “kids” never ceased. For the next 20 years, he continued to help with coaching and school events as well as community organizations in which he was actively involved. Bill, as a Mason and Shriner, could be seen all over the Big Horn Basin selling tickets for the Shrine Circus. At the time of his death, he was compiling the record of the Wyoming Hall of Fame, which he helped found. He was one of the original inductees.

Mr. Strannigan coached a total of 20 years; 4 at St. Stephen’s and 16 at Riverton. His team at St. Stephen’s established a state record for 46 consecutive wins in basketball, a record that stood for 25 years. The St. Stephen’s Eagle’s Team, coached by Bill, was inducted into the Wyoming Sports Hall of Fame in 1984. He became a blood brother of the Northern Arapaho Tribe and was named “Little Flying Eagle.” He was the 1969 Coach of the Year. Additionally, he was the president and charter member of the Wyoming Coaches Hall of Fame as well as president and charter member of the WIAAA. He was named the Wyoming Athletic Director of the Year for Region Seven, and his national recognition by NHASCA followed the same year in 1993. Last month Bill was inducted into the National High School Hall of Fame for High School Coaches in Fargo, North Dakota where he and his family and several close friends were able to attend this career-capping event.

Bill’s greatest sense of joy was his five grandchildren, one great-grandchild, his wife, Clarice, and his sons, Terry and Scott.

Survivors include his wife, Clarice; son, Terry and his children, Brandon, Blake, and Blair of Elizabeth, CO; son, Scott and his wife, Dianna, and their children, Conor, Chelsea Houston and her husband Sam; and his great-grandson, Morrison Houston all of Laramie. His siblings are Margaret and Liz Strannigan of Rock Springs and several cousins, nieces and nephews.

Mr. Strannigan was preceded in death by his parents.

Memorial contributions would be appreciated in Bill’s name to the United Methodist Church or the Riverton High School Activities Department in care of Davis Funeral Home.