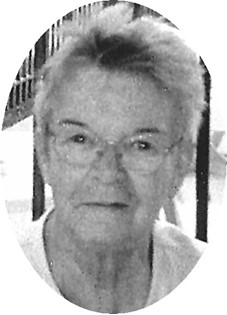 Guestbook 2
Joan I. Cuthbertson, of Lander, died Monday, Sept. 10, 2012, at the Westward Heights Care Center in Lander. She was 80 years old.

According to her wishes, cremation will take place, and there will be no services.

She graduated from Fremont Vocational High School in 1950.

She started working as a phone operator while in high school, before dial telephones were available in Lander.

While working for the telephone company, she met Jack Cuthbertson. They were married Oct. 11, 1952, in Moose.

In 1955, she transferred to the business office in Worland and later to Sheridan, doing the accounts receivable. She later worked for the Converse County Bank in Douglas as a bookkeeper and teller, retiring in 1985 and moving back to Lander.

Her family said she loved fishing, snowmobiling, camping and hunting and was an avid rock hound. They said she always put a smile on everyone's face.

She is survived by her husband, Jack, and brother-in-law, William Cuthbertson, of Plano, Texas.

Arrangements are under the direction of the Davis Funeral Home of Riverton. Online condolences may be left at www.thedavisfuneralhome.com.