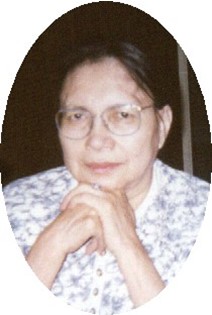 Elizabeth Patricia was born December 29, 1944 to Joseph Thomas Blackburn, Sr., and Viola C’Hair. She attended St. Stephen’s schools and lived in the Arapahoe area where here family is from.

She was baptized at St. Stephen’s Catholic Church and also attended the Church of Jesus Christ of Latter-day Saints in Utah.

Elizabeth had resided in Salt Lake City for over 30 years. She worked as a CNA at St. Joseph’s Villa in addition to being a homemaker and raising her daughters. Her family said she was a hard worker providing for her family and enjoyed living in Salt Lake City. Later she resided at the Tower Rehabilitation and nursing care center in Provo. Her family said during her stay in the care center she was very outgoing and sociable.

Her family said she enjoyed her grandchildren and being with her family.