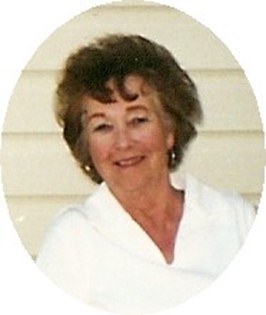 Guestbook 7
A Celebration of Life for Bervadon Loretta Mitchell, 81, will be held at 2:00 p.m., Saturday, October 6, 2012 at Davis Funeral. Interment will follow at Mountain View Cemetery. Visitation will be held from 5-7 p.m., Friday at Davis Funeral Home and one hour prior to the service. Memorial contributions may be made to the Shriners Children’s Hospital in Denver or to a charity of the donor’s choice in care of Davis Funeral Home.

She grew up in Labarge, Wyoming, and attended high school in Washington State, graduating as valedictorian of her class at an all girls Catholic school.

After graduation Bervadon returned to Wyoming and worked at the Unemployment office in Kemmerer and later for Western Union. She later transferred to the Western Union office in Laramie.

She met Lee Roy Mitchell in Kemmerer and they were married August 21, 1951 in Laramie. She and her husband lived in several different towns in Wyoming, because of his working in seismograph and construction. They settled in Riverton in 1960. The couple had 5 children together, but divorced in 1968. She then lived in Riverton, Cheyenne, Gillette, Reno, NV and La Barge, Wyoming, returning to Riverton in 1985 after the death of her mother.

Bervadon was a member of the Catholic Faith and the Riverton Eagles.