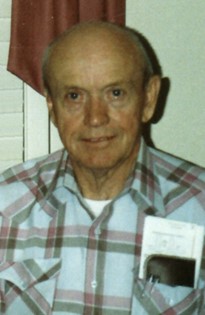 Viewing will be held Friday from 7 p.m. to 8 p.m. at Davis Funeral Home

He died October 6, 2012 at the Wind River Health Care Center, in Riverton, Wyoming.

Tom graduated from Thermopolis High School in 1946. Served in the Army during WWII from Oct. 5, 1946 until Aug 3, 1948 and received the World War II Victory Medal and Army of Occupation Medal, Japan. He then went on to graduate from the University of Wyoming on March 22, 1952 with a Bachelor of Science from the College of Agriculture.

In 1968, he began working for the BLM. He lived in Worland during this time, but worked throughout the Big Horn Basin. He then transferred with the BLM to work in Las Cruces, New Mexico. After his retirement in 1988, he moved back up to Cody, Wyoming. He enjoyed traveling throughout Wyoming.

He was preceded in death by his parents, a sister, Betty Cadero; brothers, Bill, George, and Leaton and a nephew Allen Cadero. Memorial donations would be appreciated to the Donor’s Choice in care of Davis Funeral Home, 2203 W. Main, Riverton, Wyoming 82501.