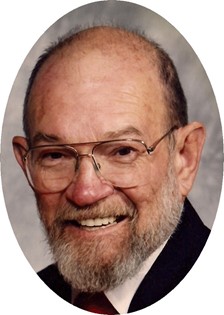 Guestbook 3
David Charles Bates born September 1, 1928 died suddenly October 7, 2012 at his home in Lander. He was born in Greeley, Colorado to Helen Kelly and Wayne L. Bates and moved to Lander, Wyoming when he was two (2) where he lived the remainder of his life.

He graduated from FCVHS in 1946 and attended the University of Wyoming for one year.

He worked for the Wyoming Highway Department for 40 years. He was an active member of Wyoming Lodge #2 Lander Lauder Scottish Rite, Korein Shrine Rawlins, Lupine Chapter #52 Dubois, Olivet Chapter #3 Order of the Eastern Star Lander, and Lander Masonic Building Co. He was a lifelong member of the Episcopal Church and attended Church at St. Andrews in Atlantic City, Wyoming, where he was Sr. Warden.

He enjoyed reading, fishing and using the computer.

He was preceded in death by his mother, father, and brother Fred.

Memorials may be given to the Shriner’s Children’s Hospital, Lander Senior Center, or a charity of your choice.

Services are at Trinity Episcopal Church, Thursday, October 11, 2012 at 10:00 am. Charles Clarke officiating and Masonic Services. Cremation has taken place.