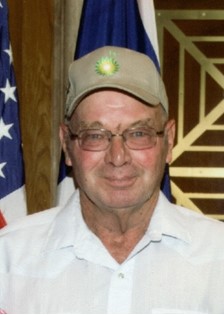 Guestbook 13
William Edward “Eddie” Leake died on Tuesday morning October 9, 2012 in his sleep. He was born on January 20, 1946 to Iver William (Bill) Leake and Marjorie Leake in Riverton.

He graduated from Riverton High School in 1964 and then spent a year at Casper College. He then went to work for White Ditching working there until they changed to Northern Utilities.

He became self- employed in 1976 and started Ed’s Welding Service contracting as the field welder for Amoco in the Lander field and Winkleman Dome until later in 1985 when he became the plant welder for the Beaver Creek Field south of Riverton.

In 1981 he decided to branch out and started Badger Incorporated. On September 11, 2002, he started the annual 911 Memorial Parade beginning with the Fremont County Oilfield workers and then expanding it to include everyone who wanted to participate, which we hope will continue without him.

He took early retirement from welding in 2008 and spent the last couple of years “playing with his cows and farming” until he sold his herd earlier this year and leased out his farm so he could spend time with his grandchildren and spend more time in his new camper, “the Taj Mahal” on the mountain. He loved his family and loved spending time camping, hunting, fishing and playing with his family.

He is preceded in death by his mother and father, Marjorie and Bill Leake, and a sister Sharon Roby, and numerous aunts and uncles.

He is survived by his wife of 46 years, Jaci Leake, two daughters, Nicki Portschy and her husband Mike and grandson Michael of Riverton, and Robin Schamber and her husband Greg and grandchildren Brookely and Garret of Pinedale. His sisters, Carol Spann of Byron, Kaye and her husband Allan Westlake of Cheyenne, Glenda and Al Coyle of Riverton and Patti and Jack Fazendin of Riverton his Aunt Dorothy and Uncle Clark Van Vleet of Hudson, Aunt Betty Hagins of Billings Montana and Aunt Donna Furby of Nebraska and numerous cousins, nephews, nieces and great nephews and nieces.