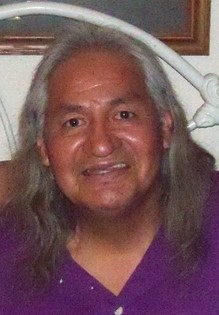 He attended schools in the Riverton area when he was younger. After graduation he attended Central Wyoming College where he earned his Associates Degree in Education. He then went on to the University of Wyoming where he received his Bachelor Degree in Psychology.

He was married to Victoria Nakii and together they had one daughter, Shelly. He lost both of them in a car accident.

He was a very talented artist who loved to draw. Some of his art work is displayed in Washington D.C. and various places around Riverton. He won 1st place in a freehand artist contest in Cheyenne, WY with a drawing of John Wayne. Along with art, he liked to sing, played as a lead guitar, played the drums, went to the casino and was involved with the American Indian Movement. He also enjoyed watching football, the Bronco’s , and basketball.