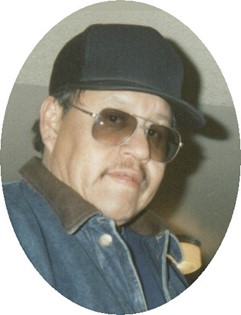 Funeral services will be 10:00 a.m., Thursday, October 18, 2012 at St. Stephen’s Catholic Church. A rosary will be 7:00 p.m., Wednesday at Eagle Hall with a wake to follow at 44 C’Hair Lane. Internment will be at Arapaho Catholic Cemetery.

Medrick Herman Moss was born December 6, 1946 in Fort Washakie to Herman Joseph Moss, Sr. and Rosie (Bitner) Moss. He grew up around Ethete and Arapahoe. He graduated Flandreau Indian School. He also lived in Hudson and Glasgow, Montana. He married Wilma Rose C’Hair in Lander on July 20, 1973. She preceded him in death.

Medrick was honorably discharged from the United States Army on January 1, 1974.

His family said he enjoyed playing with his grandchildren and great grandson. He also liked to go to the casino and play bingo. When he was younger he traveled to Oklahoma taking his family, fishing, hunting and watching basketball.

He worked for the C-Store gas station, Arapaho Housing and the Araphoe School.