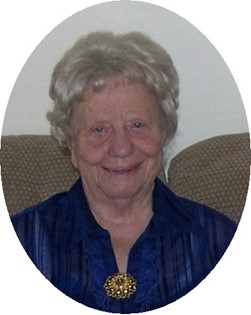 Guestbook 2
Mildred “Milly” Brewer, 79, of Riverton died on Sunday, October 14, 2012 after a 12-year battle with cancer. Funeral services are scheduled for Saturday, October 20, 2012 at 2:00 pm at Davis Funeral Home with burial following at Mountain View Cemetery.

Mildred Pauline Bailey was born on February 17, 1933 near the family home near Newport Washington, to Paul Wesley Bailey and Irene (Bade) Bailey. She spent her childhood on the Coyote Trail Ranch near Newport and graduated high school in Newport.

She met James Warren Brewer while he was in the Army and they married on December 26, 1952 in Newport. They then moved to Colorado Springs, CO to Camp Carson (Fort Carson) where James was stationed. After James was discharged they move to Spokane, WA where he attended Diesel school. Over the next few years they moved around a lot and finally settled down in Jeffrey City, WY where they lived for 30 years and raised their four children. Sixteen years ago they moved to Riverton, WY.

Milly was active in 4H, the Boy Scouts as a Den Mother, and was on the community council (Chamber of Commerce) for Jeffrey City. She also had many hobbies over her lifetime including, gardening, quilting, sewing; she loved the outdoors, fishing, hunting, camping and was very active in the Good Sam Club “Meadowlark”.