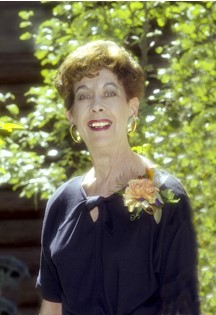 Guestbook 4
Betty J. (Fleak) Blumenshine, of Riverton, died Sunday, Oct. 14, 2012, at the Help for Health Hospice Home in Riverton following a lengthy illness. She was 79 years old. Funeral services will be at 2 p.m. Tuesday, Nov. 20, at St. James Episcopal Church in Riverton. The Rev. Melinda Bobo, the Rev. Sally Bub and Lane Keeney will officiate. Interment will follow at Mountain View Cemetery in Riverton. Betty Jane (Fleak) Blumenshine was born Feb. 5, 1933, in Riverton, the daughter of William L. and Orpha (Cooper) Fleak. She lived in Riverton her entire life and graduated from Riverton High School with the class of 1951. On Sept. 3, 1950, she married Walter H. Blumenshine, her high school sweetheart, at Trinity Lutheran Church in Riverton. Mrs. Blumenshine was a homemaker during the time her children were in school and started work at The Place, a local women’s clothing store, on the day her younger son, Craig, left for college. She retired from The Place so she could be home when her granddaughter Courtney started kindergarten across the street from the family home near Ashgrove School. She worked hard at keeping a beautiful home, according to her family, and had a pair of socks for every imaginable occasion. She was a long-time member of St. James Episcopal Church and served in the church’s Altar Guild, taking great pride in setting God’s table for church services. Mrs. Blumenshine helped with many of her children’s school and sports activities, serving as room mother, scorekeeper and concession stand worker whenever she was needed. She was a charter member of the local Red Hat Mountain Mamas, a member of the VFW Women’s Auxiliary and the American Legion Auxiliary where she coordinated the selection of Girls State delegates at Riverton High School for several years. She especially enjoyed her friends in her latter years and their frequent meetings at Coffee Club, Lunch Bunch, Republican Women’s events and Bunko. She is survived by her sons, Kent Blumenshine and his wife Lee Ann of San Diego, and Craig Blumenshine and his wife Tracy of Riverton; grandchildren Christopher Blumenshine and Jeffre Blumenshine, the children of Kent and Lee Ann, and Courtney Heischman and her husband Eric, Kyle Blumenshine and his wife Caroline and Cody Blumenshine, the children of Craig and Tracy. She was preceded in death by her parents; husband; brother Thayne; and sisters Judy Johnston, Twilene Shipp and Elaine Fleak. Memorials can be made to the Help for Health Hospice Home, 1240 College View Drive, Riverton, WY 82501.