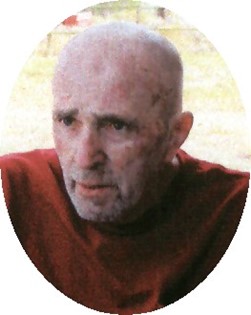 Carl was born October 7, 1946 in Woodlake, CA, the son of Carl and Bette Johnson.

His wishes were to be cremated with no services, at his request.

He attended schools in California. He worked at the Defense Depot in Tracy, CA and retired after 34 years. He moved to Riverton in 2002 and in 2003 moved to his current residence on Paradise Valley Road.

Carl was a avid hunter in his day and traveled to Wyoming, Idaho, Utah, Nevada and Montana on his hunting expeditions. It was on these trips that he fell in love with the beauty and this area of Wyoming and talked of moving here after his retirement, which he did.

He is survived by his wife, Jo, of Shoshoni, WY, mom Bette of Woodlake, CA, son Ian and his wife Sabina and children Maja and Alexander of Shreveport, LA. His daughter Tara Campbell and husband Sean and their daughters Taylor and Jenna of Manteca, CA. Brother, Kevin and wife Pam of Visalia, CA. Sisters, Carrie Cotchett of Fallon, NV. Cynthia and husband Rick Logan of Lindsay, CA. Jetta and husband Joe Flores of Woodlake, CA. Sabrina Johnson also of Woodlake, CA., numerous neices and nephews and in-laws and friends.

He was preceded in death by his dad, Carl, brother Steven Johnson and sister Denise Russell all of Woodlake, CA.