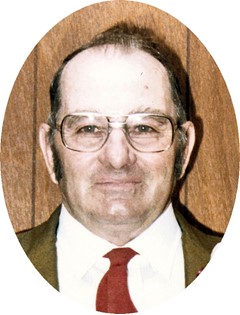 Guestbook 7
Robert L. “Bob” May, 88, of Riverton died Friday, October 26, 2012 at Wind River Health Care. He had been a resident of the Wyoming Retirement Center in Basin and the Mountain View Living Center at the Sheridan VA for the last two years.

He was a member of the Warm Valley Baptist Church in Pavillion.

Robert L. May, Jr. was born October 6, 1924 in Shawnee, Wyoming to Robert L. May, Sr. and Hazel Gertrude (Pickinpaugh). He grew up near Shawnee on the family ranch and attended a one-room schoolhouse where he graduated.

Robert was a decorated war veteran serving in the Army during WW II from June 1946 to June 1949. He was wounded in the Battle of the Bulge and received a purple heart and two silver stars.

The couple moved to Riverton in 1965 where they purchased a farm in Missouri Valley. Robert was a stockman raising registered Rambouillet Sheep, Angus Cattle, and Quarter Horses. He also traveled around the state as a wool buyer for North Central Wool Marketing Company for many years.

He enjoyed his time with his family including his grandchildren and great grandchildren. In his younger years he was an avid elk hunter. He also enjoyed working his livestock, and the Fremont County and State Fairs were always a highlight for him.

He was preceded in death by his wife Marie on Sept. 20, 2004; his parents, Robert and Hazel; an infant daughter; two infant granddaughters; one infant great grandson; three brothers, Kenneth, Don, and Vernon May; two sisters, Nelda Price and Irene Price.