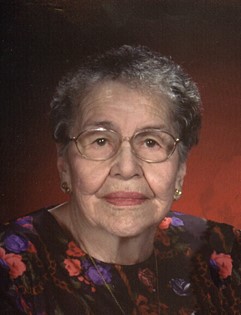 She attended schools in Colmor, New Mexico and lettered in basketball and speech.

She had lived in the Riverton area for over 76 years. She worked for Fremont Extension, Tom Knight Theaters, The Gas Lite Resteraunt, and may other places in Riverton.