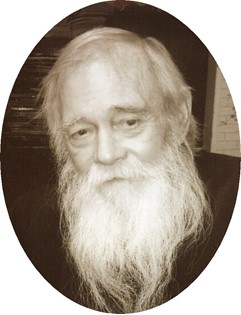 Guestbook 14
Richard Thompson, 79, died peacefully at his home with his wife and loved ones by his side, on Monday, November 19, 2012, in Riverton, WY. As his request cremation has taken place. A memorial service will be held on Friday, November 23, 2012, at 10:00 am at Davis Funeral Home, wiith full military honors. Pastor Aaron Justice will officiate.

Richard Thompson was born on September 20, 1933 in Pascagoula, Mississippi to Alexander and Marie Louise (O’Quinn) Thompson. He spent his younger years in Georgia and Mississippi. He served in the Army.

On October 22, 1957 he married Alice Maria Dutra in Newport, Rhode Island. They lived in Fort Pierce, Florida before moving to Riverton, WY forty years ago, where they raised their five children.

Richard known to family and friends as Gator or Digger, worked as a heavy equipment operator for the Fort Pierce Road Department and the Lucky Mac mine in the Gas Hills. He also worked on the Alaska Pipeline and in Seattle, WA before retiring.

His family said that he enjoyed hunting, fishing, reading, horses, visiting with family and going to the horse pasture each day to meet with Darrell Winfield and other close friends and “tell lies”.

He is preceded in death by his father, Alexander Thompson; his mother, Marie Quackenbush; his stepfather, Jess Quackenbush; and his brother, Michael Quackenbush.

Memorials may be made to Amedisys Hospice in care of Davis Funeral Home.