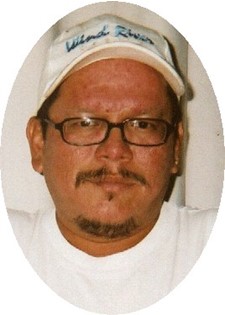 Dominic Francis Geboe Sr. was born on May 27, 1971, in Riverton, WY to Charles Eli Geboe Sr. and Carla May (Oldman) Geboe. He was raised in Thermopolis, WY and lived there and Arapahoe until last year when he moved to Casper, WY. He attended schools in Arapahoe and Thermopolis. He graduated high school with the class of 1994. He married Leslie Ann Big Medicine on April 7, 2008 in Lander, WY.

He worked on the Arapaho Ranch, in the oilfields, and recently at Howey Home Improvements in Casper, WY.

He was of the Catholic religion and also the Native American Church. He participated in sweats, peyote meetings, and other religious ceremonies.

His family said he enjoyed hunting, fishing, camping, going to the casinos and masquerading at parties.