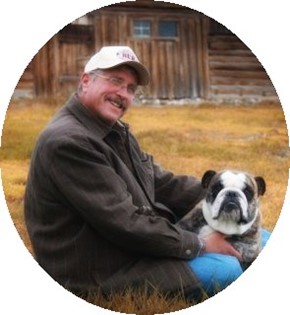 Robert Lewis Medow was born September 6, 1954 in Riverton to Ralph Lewis and Nancy Patricia (Williams) Medow. He was brought home to his grandfather’s homestead in Missouri Valley where he grew up and also raised his family. His grandfather, Gerry Medow, had homestead the land in the 1930’s. Here, Bob continued the family farming legacy raising alfalfa, corn, oats, and operated a feedlot. He also operated Triple M. Pelleting, Inc with his brother, Gordon and father, Lewis.

Bob was a Wyoming State FFA Officer in high school. He graduated from Shoshoni High School in 1973. He stayed active and supported the FFA. He attended Casper College for two years.

On July 10, 1976 he married Donna M. Herbst. Together they had three children. The couple later divorced.

Bob was a member of the Trinity Lutheran Church in Riverton.

His family said he was an adventurous spirit and loved to travel. He loved his grandchildren, farming, spending time in the mountains – especially his land west of Dubois – fishing, and visiting with friends. His children appreciated his involvement following their sports and academics in school. He enjoyed watching sports and was a Denver Broncos Fan.

He was preceded in death by his grandparents, Ernest and Mildred Williams and Irene and Gerry Medow.

Memorials may be made to the Bethesda Lutheran Communities in care of the Davis Funeral Home.