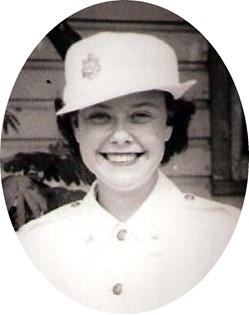 Guestbook 0
Miriam Pittman, 80, of Dubois, WY died on Tuesday, November 20, 2012, at Riverton Memorial Hospital. As her request cremation has taken place. There will be a memorial service held sometime in the Spring 2013.

Miriam Joy Waughman was born on January 15, 1932 in Snoqualmie, WA to Frank and Lane D. (Endicott) Waughman. She grew up on the west cost from Oregon, California, and Washington.

She graduated Officers Training School on July 24, 1951 at Fort Lee Virginia and served in the Army (WAC) as a 1st Lieutenant during the Korean War. She continued to serve until August 2, 1953 when she was honorably discharged. She met her husband, Jerold Franklin Pittman while both were on “R&R” leave. They were married on March 28, 1952 in Petersburg VA. After leaving the Army, she and her husband made their home in Clemson, SC where Jerold was a professor at Clemson University and a General in the Army Reserves. She was a homemaker raising their two boys.

She was a member of the Mensa.

She was preceded in death by her parents, her husband, and a sister, Marybeth Morse.

Memorials may be made to Dubois Assisted Living Project through Davis Funeral Home.