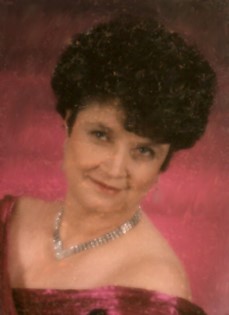 Guestbook 3
Funeral services for Juanita L. Looney of Kinnear are at 3 p.m. Wednesday, Nov. 14, at the Davis Funeral Home of Riverton. Pastor Dave Case will officiate with interment to follow at Mountain View Cemetery in Riverton. Viewing will be from 5 to 7 p.m. Tuesday, Nov. 13, at the funeral home. Mrs. Looney died at the home of her daughter in Cheyenne Saturday afternoon, Nov. 10, 2007, at the age of 65. Juanita L. Bond was born in Colby, Kan., on April 21, 1942, the daughter of Jerold and Madeleine (Wade) Bond. She grew up in Colby where she was graduated from high school and then received her R.N. degree from Bethel School of Nursing in Colorado Springs, Colo., in 1963. She married William Harry "Bill" Looney in Colby on Dec. 29, 1961. She grew up in the Baptist faith and attended the Christian Church of Riverton. Mrs. Looney worked in health care as a Registered Nurse, primarily in the obstetrics department, helping to deliver babies. She retired in 1995. She came to Riverton from Tucson, Ariz., in July of 1979. Her family said Mrs. Looney enjoyed working with stained glass, ceramics, reading, spoiling her grandchildren, camping, fishing, and music. Survivors include her husband, Bill Looney of Kinnear; two sons, Charlie Looney of Rock Springs, and Jerold "Jerry" Looney of Laramie; two daughters, Lori Carlson and her husband Matthew of Cheyenne, and Stephanie Schriner and her husband Paul of Lynchburg, Va.; seven grandchildren; her father, Jerold Bond of Colby, Kan.; a brother, Gordon Bond and his wife, Bonnie, of Colby, Kan.; two sisters, Judy Harvey and her husband Darryl of Colorado Springs, Colo., and Jeri LeFavor and husband Lynn of Denver, Colo. She was preceded in death by her mother. Memorials may be made to the Davis Hospice Center of Cheyenne in care of the Davis Funeral Home, 2203 West Main, Riverton, WY 82501. On-line obituaries are available and condolences for the family may be made at: thedavisfuneralhome.com Services are under the direction of the Davis Funeral Home of Riverton.