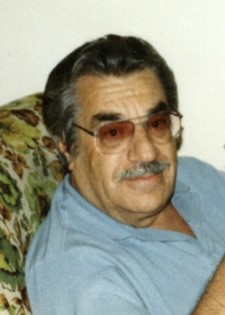 Services for well known attorney and former Fremont County legislator Daniel P. “Mike” Svilar, are planned for Tuesday, Dec. 4, at 10 am in the gymnasium of St. Margaret’s Catholic Church in Riverton, with a viewing scheduled for Monday, Dec. 3, from 5-7 pm, at Davis Funeral Home, also in Riverton. Mike Svilar passed away on Thursday, November 29, 2012, at Help for Health Hospice Home, after a three year struggle with cancer.

Mike was born on January 12, 1929, the youngest of eight children, to Bessie and Dan W. Svilar who lived in Hudson, Wyoming and operated Svilars’ Restaurant, as well as many other businesses. He attended elementary school through the 9th grade in Hudson, but his family decided that Mike needed to have a challenging school for his high school career, so in 1943, they enrolled him in Wentworth Military Academy (WMA), a military preparatory high school and junior college, located in Lexington, Missouri. It was a very sad day for Mike, when at 14 years old, he left family and Hudson to join the WMA “Class of ‘46” in Missouri. Mike graduated from WMA’s high school, and went on to complete his freshman year of college also at WMA, finishing in 1947. During his tenure at WMA, he played basketball, and in 2000 was inducted into the WMA Athletic Hall of Fame, representing the decade of the 1940’s, for his achievements as a star athlete on the basketball team.

In 1949, after brief stints at the University of Wyoming and Arizona State University, Mike and his best friend Solie Coats enrolled in classes at New Mexico A&M in Las Cruces, New Mexico, now known as New Mexico State. They tried out for the varsity basketball team as walk-ons, made the team, and ultimately led the Aggies to a Border Conference championship in 1952. Mike was captain of the team, high point man and also named Most Valuable Player in the Border Conference. Their team also received post-season invitations to both NAIB and NCAA tournaments, and they beat several larger schools in those tournaments. Also during his tenure in New Mexico, Mike was a cadet training officer for the Air Force ROTC and was selected to receive the Air Force Association silver medal as the AFROTC outstanding cadet. Mike was honored with an induction into the New Mexico State University Athletic Hall of Fame in 2000 for his contributions to basketball history at New Mexico State.

Mike graduated from New Mexico in 1952 with his bachelor of science degree in engineering and then began his service in the U.S. Air Force at Keesler Air Force Base in Mississippi, commissioned as a 2nd Lieutenant. In addition to his full-time duties, he also found time to play on the base basketball team, was named to the All Air Force basketball team, and coached a separate team. He was honorably discharged from the USAFA with the rank of 1st Lieutenant.

Mike received his law degree from the University of Wyoming Law School in June, 1958 and was admitted to the Wyoming State Bar in the same year. His law school classmates Sen. Alan Simpson and Gerry Spence became two of Mike’s best friends, and remained so until his death. Mike returned to Lander, Wyoming to practice law and formed a partnership with Randall Boyer (“Boyer & Svilar”), which continued until 1980, when Mike became the full-time corporate attorney for U. S. Energy, a mining and minerals company based in Riverton,Wyoming. During that 22 year period, Mike tried many high profile cases and became well known across the state for his knowledge of the law and sharp wit in the courtroom. After Mike started working for U.S.Energy, he and his good friend John L. Jack Larsen, who was the CEO for the company, traveled the world on company business.

Politics became a focus in the 1960’s and Mike was elected to serve in the Wyoming House of Representatives in 1965. After serving one term in the House, Mike ran for the Wyoming Senate, and was elected in 1967. Disenchanted with the Viet Nam war, Mike decided to run for the U.S. Senate in 1970, but was unable to unseat the incumbent Sen. Gale McGee. Mike was a true patriot who loved this country and believed in serving both our state and our country. He frequently spoke at memorial services on Veterans Day and Memorial Day– always recognizing and paying tribute to the great service of our veterans.

Mike loved flying and was a lifetime pilot who was cleared to fly Supercubs, 182’s and 210 airplanes. In addition to his love of flying, he enjoyed traveling, and during the past years went on several cruises, trips to Las Vegas and University of Wyoming basketball and football games. He also enjoyed spending time with his family and especially enjoyed sharing dinners with his friends and guests at “Svilars”, the family restaurant in Hudson.

Online condolences may be made at www.davisfuneralhome.com and memorial donations may be made to: Help for Health Hospice Home or Tuff Enough Cancer Fund of Riverton, addressed to Davis Funeral Home, 2203 West Main, Riverton, WY 82501.