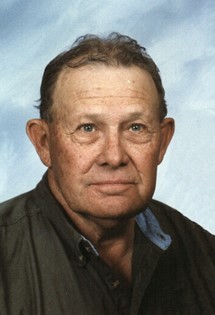 Guestbook 10
LeRoy A. Herman, of Riverton, died Friday, Nov. 30, 2012, at his home. He was 83 years old. Funeral services will be at 10 a.m. Thursday, Dec. 6, at Trinity Lutheran Church with Pastor David Magruder officiating. Interment will follow at Mountain View Cemetery with military rites. Viewing will be from 9 a.m. until the service at the church. LeRoy Alvin Herman was born Oct. 12, 1929, in Gering, Neb., the son of Henry Herman and Grace Margaret (Molko) Herman. He was the oldest of six children. The family moved to Riverton from Gering, Neb., in 1932, and he attended Riverton schools. He served with the 40th Infantry Division of the U.S. Army during the Korean War. On March 25, 1955, he married Zanpher Dot (Zannie) Harris. She preceded him in death on Jan. 22, 2002. He was president of Valley Feeding, Inc., which included Herman Trucking and Herman Machinery and was a member of the Wyoming Trucking Association. He was involved in developing the farmland at Cottonwood Bench at Boysen Lake. Mr. Herman was of the Lutheran faith, and was a member of Trinity Lutheran Church in Riverton, where he attended weekly. His passion in life was farming and taking care of the animals he loved so much. His family said he was a generous soul and took great pleasure in the giving of his time and resources to those he loved. He is survived by a daughter, Louise Renee Herman Barnard; son-in-law Scott Barnard; children Justin Barnard, Andrew Barnard and Michael Barnard; and sisters Jenny Steinhauer and Bonnie Bansett. He was preceded in death by his wife, Zannie; son Donald Lee Herman; father Henry Herman; and mother Grace Herman. Memorial donations may be made to Trinity Lutheran School, 419 E. Park Ave., Riverton, WY 82501. Arrangements are under the direction of the Davis Funeral Home of Riverton. Online condolences may be left at www.thedavisfuneralhome.com.