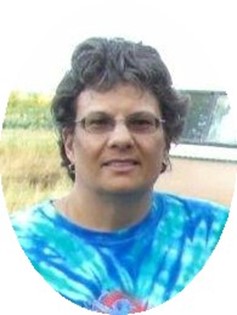 Guestbook 5
Robin Gilpin, 48, of Riverton, died on Saturday, November 17, 2012. Cremation has taken place. Services will be announced at a later date.

Robin Leigh Gilpin was born in San Jose, CA. Her parents were Jack Arthur Gilpin and Velma Jean (Selby) Gilpin. She was a Job’s Daughter and was a Past Honored Queen in Riverton as well as a Blue Bird and Girl Scout. She graduated from Riverton High School with the class of 1982. She then attended Central Wyoming College receiving her A.S. in Photo Journalism. She went on to receive her B.S. in Business from the University of Wyoming.

She was baptized in the First Baptist Church in Riverton.

She lived in Casper and worked for the March of Dimes. Then moved back to Riverton and worked for DH Print and worked at Bi Rite Drug as a Pharmacy Aid and also managed the veterinarian supplies department.

After struggling with both physical and mental illnesses, she became disabled and could not work any more. Her family said she still enjoyed taking photos of Wyoming wildlife and the mountains. She was an avid photographer, winning several County Fair ribbons. She loved to draw, being in the mountains, especially Sinks Canyon, and being around the ocean.

She is survived by her brother, Michael Kevin Gilpin and his wife Kathy, of Forest Grove, OR; her niece, Elizabeth Rose Gilpin and her nephew, Mitchell Fox Gilpin of Forest Grove, OR; her god sister, Lura Daniels of Douglas, WY; her aunts, Mamie Jo Skiles of Riverton, WY, Delores (Jerry) Cook of Worland, WY, and Jean Peppinger of Salt Lake City, UT.

She was preceded in death by her parents, Jack and Jean; her uncles, Clint Selby, Bill Gilpin, and George Peppinger; and her aunt Sandy Winter.

Memorials may be made to Help for Health Van in care of Davis Funeral Home.