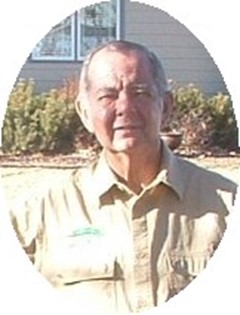 Riverton, Wyoming resident Conrad G. Flohr, died December 1, 2012 at Riverton Memorial Hospital after a long illness with his wife Mary, by his side. A memorial service will be held 2:00 p.m., Friday, December 7, 2012 at the United Presbyterian Church with Rev. Linda Norris officiating. Interment of cremated remains will be a later date in Kimball, NE.

Conrad graduated from Kimball County High School in 1961 and after attending college briefly, he enlisted in the U.S. Army in 1963, performing basic training at Ft. Leonard Wood, MO., where he was trained as a Field Communication Wireman and Forward Observer.

Prior to basic training, Conrad held a summer job as a bank bookkeeper, which he enjoyed tremendously. That job would lead to a 40 year career in banking, where he ascended through the ranks performing every job in bank operations from bookkeeper to Senior Vice President of Operations. Conrad loved to mentor staff and was an innovator in new technology as it became available to the financial services industry, accomplished through his positions as a Sterring Committee member for Modern Computer Systems, Minneapolis, MN and as Wyoming State Director of the Bank Administration Institute.

Many will remember Conrad as the long serving Senior Operations Officer and Regulatory Liaison for the Wyoming National Bank of Gillette. Though running the bank required long hours, Conrad still found time to serve the community as an Officer and Director the Kiwanis Club and as Treasurer of the United Way of Gillette. Throughout his career, he also held similar positions at banks in Nebraska, California and Arizona. Returning to Wyoming in 1989, as Senior Vice President and Cashier at the Riverton State Bank, he retired in 2001, after the successful sale of the bank to an out of state interest.

Upon retiring from banking, Conrad held positions as Deputy City Clerk for the City of Riverton and Admissions Cashier at Central Wyoming College improving results at both entities with his regulatory knowledge and sound financial operation skills.

An avid fisherman throughout his life, Conrad also enjoyed gardening and fondly recalled over-the-fence, backyard conversations with many of his neighbors who may also remember seeing him washing his cars outdoors in mid-January Wyoming weather. Other interests included music of the 50’s and 60’s from artists Bobby Darin, Patsy Cline and Brenda Lee. His favorite song was Bobby Darin’s, Beyond the Sea.

Conrad was preceded in death by his parents, sister, Cleo and her husband, Glenn Reed, nephew, Glenn Reed, Jr., and brother, Richard Flohr.

In lieu of flowers, the family asks that donations be made to:Brent's Place, Aurora CO, or University of Colorado Anschutz Cancer Pavilion, Aurora CO in care of Davis Funeral Home.