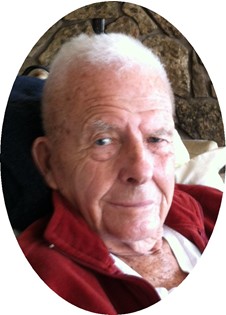 Graveside services will be held at 1:30 p.m. Saturday, December 8, 2012 at Mountain View Cemetery with Military Honors.

Jerome Max Dietz was born in Omaha, NE on February 6, 1924, the son of Joseph and Hazel (Bergman) Dietz.

Mr. Dietz lived on the family farm, and was graduated from high school in Plevna, MT, after which he joined the U.S. Navy following the attack on Pearl Harbor. He was a member of the SeaBees, U.S. Naval Construction Force, and served as their postmaster in the base operation in the Philippines, traveling to Manila many times.

For a time he did farm work, then began a lifelong career in the oil field, for Loffland Brothers, which later became Nabors Drilling in the Intermountain West area. He started as a floor hand and worked his way up to division manager. He helped write contracts, and in that capacity, he spent time in England, Norway and China.

Mr. Dietz retired at age 62, then began helping with his children’s yard work, a task he enjoyed tremendously, and which was appreciated greatly by his family. He also enjoyed cutting wood, hunting, fishing, and camping with family.

He was of the Catholic faith, being a member of St. Margaret’s Catholic Church.

He was preceded in death by two brothers and two sisters.

Memorial donations may be made to Amedisys Hospice or a charity of the donor’s choice, in care of Davis Funeral Home, 2203 W. Main, Riverton, WY 82501.