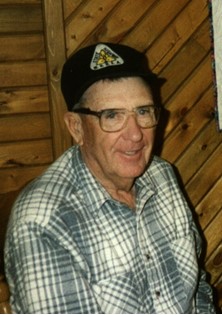 Cremation has taken place and there will be a memorial service this coming summer.

In 1924, with his family, they moved from Nebraska to the Waltman/Hiland, Wyoming area and took up a homestead there. He attended school up to the eighth grade while living out there.

His father passed away in 1932, so he and his mom moved to Lander, where he worked on many of the farms and ranches in the valley. Gale played guitar with many of the guys on Saturday nights at Milford and other hot spots around town.

On June 16, 1941, he married his sweetheart, Rosalie Cornwell, in Lander. They had three children, Gary, Kenny and Elizabeth.

Gale loved to tinker with old cars, restoring what he could, going fishing, having a garden, and hunting.

He was preceded in death by his parents; a sister, Frances and a brother, William Gordon.