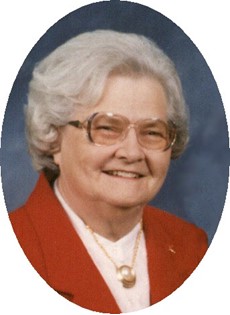 Cremation has taken place and no local funeral services are planned. A memorial service for Louise and Bill Kelly will be scheduled at a later date with graveside services in Chatham, IL.

Louise E. Little was born in Chicago, IL on September 17, 1928, the daughter of John W. and Margaret L. (Dahlberg) Little. She moved with her family to Springfield, IL at a pre-school age, and was a graduate of Springfield High School.

On September 23, 1950, she married William G. Kelly in Springfield. They remained there, raising their family, until 2003 when the Kellys moved to Wyoming to be close to their daughters.

Mrs. Kelly was of the Lutheran faith, and was a Sunday School teacher and a member of the church choir. She was a member of American Cushman’s Scooter Club and the Anchor Boat Club.

She was a Girl Scout troop leader, coached her daughters’ softball teams, was an election judge and raced go-carts.

Mrs. Kelly operated a home daycare center, worked at Federated Funeral Directors in Springfield, Ace Sign Company, and was then employed by the State of Illinois as a secretary until her retirement.