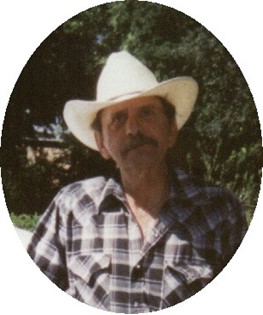 Guestbook 2
James Gordon Tuckett, known to all as Gordon Tuckett, passed away on December 12, 2012. On this day Gordon was surrounded by friends that loved him dearly. He will be missed by many.

Gordon was born in Walker Mine, CA, and was raised by his family in Utah. His mother, Ona Ethel Morgan, passed when Gordon was three. His father, Jean Alfred Tuckett married Betty Jean Tuckett and they raised Gordon and his older brother Roger (now residing in Vancouver, WA). Another brother Rodney passed away at age 3. Gordon spent his summers with his grandfather herding cattle, going on cattle drives, and living the ‘cowboy’ lifestyle.

Gordon proudly served in the Navy during peacetime between the Korean and Vietnam wars on the USS Wantuck naval ship. On August 15, 1957, the USS Lenawee rammed the USS Wantuck portside, tearing her in half. This close call for Gorden helped him gain a new perspective on life.

After leaving the Navy, Gordon married Lila Jean Edmunds and they adopted two children, Shelley and Doug. After divorcing, Doug lived with his mother and Shelley with her father. Residing in Los Angeles and raising his daughter. Gordon pursued a career in the Aerospace Industry, working for Teledyne System and Kaiser Electronic. Retiring as the Director of Manufacturing, Gordon’s department was responsible for the displays seen on F16 and F18 fighter jets, Pilot helmets, and the Space Shuttle.

Gordon’s final home was Wyoming, where he purchased a ranch, horses, and leased land for grazing. He went back to his true Cowboy roots. He loved the wide open spaces, the people, the town, and would not have it any other way. A full circle.

Gordy, you will be truly missed as you have touched so many lives. Love from all!

Celebration of Life services will be held at 3:00 p.m. on Friday, December 21, at the Pavillion Recreation Center.