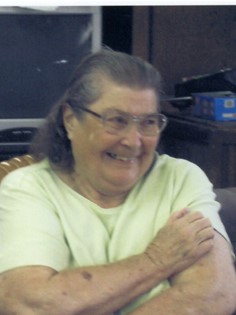 Guestbook 2
Funeral services for Flora "Grandma" Dorothy of Arapahoe will be at 2 p.m. Monday, April 16, at the Davis Funeral Home of Riverton. Pastor Scott McFarland will officiate.

Interment will follow at the Collins Cemetery on the Wind River Reservation.

Flora Miller was born at Fort Washakie on Nov. 4, 1924, the daughter of Frank Miller, Sr., and Pearl (LaJeunesse) Miller. She had lived her entire life in the Arapahoe/Riverton area.

She attended school at St. Stephen's Mission and was graduated from Riverton High School with the Class of 1943. She later continued her education at Central Wyoming College in Riverton.

Mrs. Dorothy was a homemaker and member of the Baptist faith.

Her family said Mrs. Dorothy loved people, especially her family, and was fond of helping children, including her own grandchildren and great grandchildren and the youngsters at the Arapahoe School who needed her special "grandma" touch.

She was preceded in death by her husband of nearly 51 years, Owen Dorothy, Sr.; a son, Cecil Dorothy; daughter, Betty Little; granddaughter, Jennifer Dorothy; six brothers and sisters, and her parents.

Memorials may be made to Help for Health Hospice Home, or the Playground Fund, in care of the Davis Funeral Home, 2203 West Main, Riverton, WY 82501.