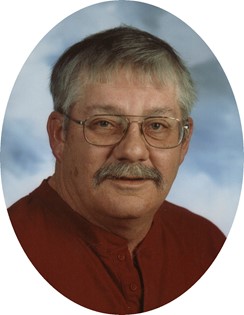 Ronald David Knuth was born in Gaylord, MI on December 2, 1951, the son of Douglas and Maxine (Woodard) Knuth. He grew up in Michigan and was graduated from high school in Grayling, MI in 1971.

He moved to Glendive, MT to work in the oilfield for two years. During that time, on December 19, 1981 he married Darla Deuel in Glendive.

They moved to Riverton in 1984, where he was employed by IBA Drilling Company. He then worked at the Valley View Bowling Center and was grounds supervisor at the Fremont County Fairgrounds from 1998 to 2007. He began his employment with Stallion Oil Field Services in 2007.

Mr. Knuth enjoyed golfing, fishing and hunting, being involved in the Elks organization, visiting with his children, family and many friends. He was an avid NASCAR fan, and was also a football fan, his favorite team being the Detroit Lions.

He was preceded in death by his parents, and his mother-in-law Mary Deuel.