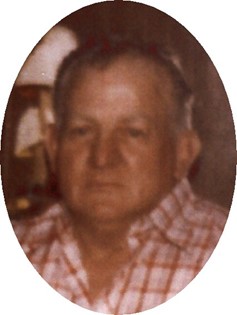 Funeral services will be held at 2:00 p.m. Friday, January 4, 2013 at the Church of Jesus Christ Latter Day Saints Stake Center at North 5th West and Elizabeth Drive. A viewing will be prior to the service at 1:00 p.m. at the Church.

Burial will be at 2:00 p.m. Saturday, January 5th in the Afton City Cemetery in Afton, WY.

Lynn C. Olson was born April 15, 1923 in Afton, WY to Albert Louis Olson and Helen May (Crook) Olson. He was raised in the Star Valley area and went to school there.

Lynn was a member of the Church of Jesus Christ of Latter Day Saints.

Mr. Olson served in the U.S. Navy as a SeaBee during WWII. He was stationed in the South Pacific, where he was involved in building land strips on several islands. On his return home, he worked in the construction industry for many years. He then worked in the mines at Shirley Basin and Lucky Mc in the Gas Hills, retiring in 1986.

He is survived by his sons, Terry and wife Polly of Riverton, and Rickey and wife Tina of Superior, WY; daughter, Julie of Riverton; seven grandchildren, 16 great-grandchildren and one great great-grandchild; brothers, Virgil and Dallas of Salmon, ID; sister, Blanch of Brigham City, UT; and numerous nieces and nephews and other family members.

He was preceded in death by his parents; his wife June; brothers, Rex, Ralph and Delos; sisters, Evelyn and Eva.