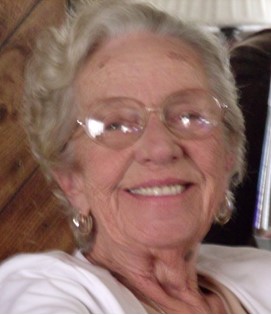 Guestbook 4
Esther Ruth Noyes celebrated the New Year by departing this world at 12:01 a.m. and joining in heaven those who have gone before. She was surrounded by her family and passed peacefully at the age of 80 years.

Esther enjoyed crocheting, painting, and cooking. She was known in the family as the “food pusher”. It gave her such joy to feed any and everyone around her table. Her special “Joy” was Christmas, which she celebrated from November 1st until the songs of the season ended on cable TV sometime in January.

Celebration of Life services will be held on Saturday, January 5th at the United Baptist Church on 12th Street and Pershing at 11 a.m.

We request memorials to go to Amedisys Hospice in Riverton.