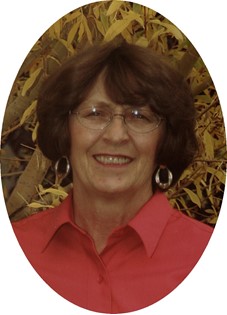 Guestbook 28
Kay Christensen of Riverton died Wednesday, January 09, 2013 at the Help for Health Hospice Home. She was 68 years old.

Memorial services will be conducted at 2:00 p.m. Monday, January 14, 2013 at Davis Funeral Home, with Jim Conrad officiating. A reception will follow in the Entertainment Room of Wind River Casino.

Kathleen Kay Reitz was born in Alliance, Nebraska on November 2, 1944, the daughter of John Allen Reitz and Katherine (Dahlinger) Reitz. She grew up in Alliance and was graduated from Alliance High School.

Mrs. Christensen was employed by Dr. Ralph Hopkins as office manager for 37 years, beginning in 1975.

She was a member of the Riverton Country Club. She enjoyed gardening, reading, music and dancing, spending time with her children and grandchildren, and visiting family.

She was preceded in death by her parents, John and Katherine Reitz.

Memorial donations may be made to Help for Health Hospice, in care of Davis Funeral Home, 2203 W. Main, Riverton, WY 82501.