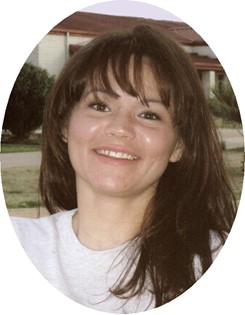 Guestbook 7
Susie Barr of Casper, formerly of Riverton, died Wednesday, January 9, 2013 at her home. She was 30 years old. Funeral services will be held at 10:00 a.m. Tuesday, January 15, 2013 at the Calvary Baptist Church with Pastor Richard Morgan officiating.

Susie Mae Barr was born in Nome, AK, on March 25, 1982, the daughter of Robert Barr and Cheryl Mae Adams. In 1986, at the age of four, Susie moved with her mother to Riverton from Nome. She attended Riverton High School.

She was married to Ben Wilson, and together they had one son, Taylor Wilson. She was then married to Charles Martin. They had one daughter, Cynthia Mae Martin. With Melvin Garcia, she had Xavier, Craven and Sotello Garcia.

She has resided in Casper the past two years, where she was employed by GE Oil & Gas. Susie was the first woman to obtain her cable tech license, receiving high scores. She also received her heavy equipment operator certification and CDL.

While in Riverton, Susie attended the Calvary Baptist Church.

She enjoyed camping, outdoor activities, going to the lake and participating in water sports. She was kind and had a big heart, loved being with her kids, teasing her sister and brother, and enjoyed helping people. She also liked singing and listening to music.

She was preceded in death by her father and both sets of grandparents.

Memorial donations may be made to Susie’s children’s education fund, in care of Davis Funeral Home, 2203 W. Main, Riverton, WY 82501.