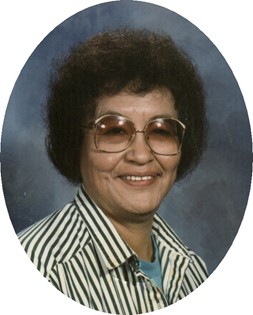 Guestbook 2
Madeline Spoonhunter of Arapahoe died at her home on Saturday, January 19, 2013, at the age of 74.

She married Robert Joe Spoonhunter in Riverton. He preceded her in death.

She had lived in Montana, Wyoming and California.

Mrs. Spoonhunter was of the Catholic faith, and participated in church activities and traditional Indian ceremonies.

She spent her lifetime as a culture teacher, and was employed by the Arapahoe School, Great Plains Headstart and Social Services. She was also a member of CSBG and an election judge.