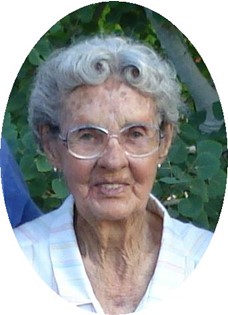 Martha was born in Lyman, Nebraska on June 5th, 1927 to Fred and Margaret (Melcher) Stricker. Altogether, Martha had 21 siblings (whole, half and step). She attended school in Mitchell, Nebraska.

Martha married Riney on January 23rd, 1944 in Scottsbluff, Nebraska and born to this union were four sons, Jerry, Tom, Jim and Rick. Martha and Riney moved their family to Riverton in 1952.

Martha was a cook at Lincoln Elementary and the head cook at Ashgrove Elementary for many years. She enjoyed working in her flower gardens, cooking, baking and watching old western movies.

Memorials may be made to the St. John Lutheran Church in care of the Davis Funeral Home, 2203 W. Main Street, Riverton, WY 82501.