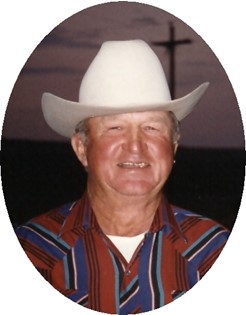 Lee D. Whitlock, long time rancher on the Sweetwater near Jeffrey City, died Tuesday, January 22, 2013 at the age of 88.

Cremation has taken place, and memorial services will be held at 4:00 p.m. Saturday, January 26, 2013 at the United Methodist Church in Riverton, with Rev. Doug Hill officiating. Committal rites will be conducted by the Lander VFW.

Lee Darwin Whitlock was born August 19, 1924 in Alliance, NE, the son of Guy Vivien Whitlock and Vivian (Westlake) Whitlock. He came to Pavillion with his parents in 1936, and attended Morton High School.

Mr. Whitlock was able to be a passenger on the last Honor Flight to Washington, D.C. from Wyoming in October of 2011.

In addition to his wife Fern, he was preceded in death by siblings Doy, Guy Jr. “Tode”, Dick, Paul and Mavadell; grandson Matthew Fisk.

Donations may be made the charity of the donor’s choice.