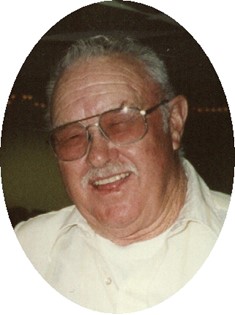 Funeral services will be held at 10:00 a.m. Saturday, February 2nd at Davis Funeral Home, with Rev. Ron Clapp officiating. A viewing will be from 9:00 to 10:00 a.m. on Saturday. Cremation will take place after the service.

Thomas Earl Avery was born on January 5, 1928 in Lander. He used to always say that he “was born in a barn outside of Lander.” He was the son of Earl Avery and Florence (Thomas) Avery, and spent his entire life in Fremont County. He attended Fremont County Vocational High School.

He married Waunetah Loghry on April 19, 1952 in Riverton. Together they built the Riverton Greenhouse.

He was a heavy equipment operator in the construction industry, and also spent time working on the Alaskan pipeline, in the uranium mines in the Gas Hills and Jeffrey City and for Fremont County Solid Waste District, retiring in 1990.

He was a member of the Veterans of Foreign Wars Post #3628 in Riverton.

Mr. Avery will be remembered for many things, including his time in the U.S. Air Force. He served his country during WWII as well as the Korean War, achieving the rank of Staff Sergeant.

Some of Tom’s passions were fishing and elk hunting. He hunted and fished all over Wyoming, including Ocean Lake, Avery Lane, Fish Lake, Dubois and Boysen. He also traveled many times to Montana fishing for paddlefish. He was also one hell of a gardener.

The family remembers all the wonderful times, the holidays, the many camping trips, all of the laughter, and most of all, what a loving, caring, kind, ornery, compassionate, funny and very special man he was. We have been very blessed to have him with us for over 85 years.

We will miss our dad, husband, grandpa, friend and just a very wonderful man!

Our family would like to thank everyone for all the love, support, friendship, prayers and visits over his lifetime and during his illness.

“Happy Trails. ‘Til we meet again