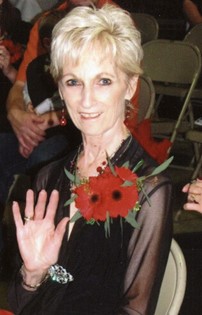 She was born April 7, 1943, daughter of Robert and Nina (Raak) Koewers in Grand Rapids, Michigan, where she grew up and attended school.

She married Brent Chiles and had 4 children. The family moved to Casper and then to Kinnear in the late 1970’s. The couple divorced and Dorothy then moved to Riverton. On December 19, 1987, she married Phillip Hogan at Trinity Lutheran Church.

Dorothy worked as a checker at Safeway, did janitorial work at Central Wyoming College, sold cars for a short time, was a real estate agent for Century 21, and also was a waitress in a restaurant.

Mrs. Hogan was preceded in death by her parents and brother, Douglas Koewers.