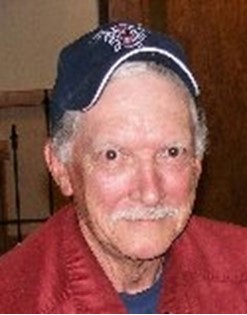 Guestbook 15
Funeral services for William C. “Bill” Heatley will be at 2:00 pm, Wednesday, February 20, 2013, at the Davis Funeral Home of Riverton.

He graduated from Natrona County High School in Casper in 1960. Following high school, he worked at several jobs in the oil field and in construction and graduated from Casper College in 1965. He attended the University of Wyoming and graduated in 1967 with a Bachelor of Science degree in Mechanical Engineering.

On June 5, 1964, he married Elizabeth J. “Betsy” Willison in Jackson, a marriage lasting 44 years until his beloved wife passed away in 2009.

Mr. Heatley lived in Riverton for 41 years. Born in New Iberia, Louisiana, he lived in 23 different residences with his family before he reached age 15 as his father worked in the oil fields of South Louisiana and the Rocky Mountains. Since 1967, he had also lived in the Colorado cities of Denver, Morrison, Westminster, and Leadville.

Following his college schooling, he worked as a Gas Engineer for Public Service Company of Colorado in Denver and Leadville. Upon returning to Wyoming, he settled in Riverton in 1972 where he worked for Northern Utilities as a District Engineer. In 1976, he went into the surveying field, starting as a rodman for Inberg Surveying Company. In 1981, while employed as a Mining Engineer for Federal-American Partners, he obtained his license as a Professional Land Surveyor in Wyoming and also in Nevada. At the shutdown of FAP mining operations in the Gas Hills, Mr. Heatley founded Apex Surveying in Riverton. In 1986, he sold his share of Apex Surveying and went to work as a Field Adjudication Inspector for the State of Wyoming.

In 1974, Mr. Heatley joined the Riverton Volunteer Fire Department. Over the next twenty years, he served in several offices in the department including Assistant Fire Chief. Several years after his retirement as an active fireman in 1995, he was elected as a Commissioner of the Riverton Fire Protection District where he served for 13 years.

In his younger years, he enjoyed hunting, competitive shooting sports, rock climbing and mountaineering. In his retirement years, his family said he enjoyed his dogs, reading history, and computer science. His family said he was a strong believer of family, friends, and fidelity.

Survivors include a son, Robert David Heatley and his wife Donna Heatley of Riverton; a daughter, Rebecca Jo Murray of Riverton; six grandchildren in Riverton and Ten Sleep; and his sister, Alita Ann (Heatley) Thorpe of Norwich, England, United Kingdom.