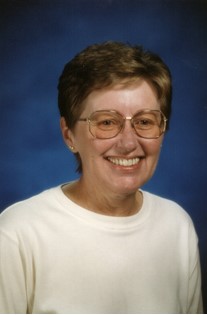 Sara A. Mundy was born on July 1, 1945 in Hyannis, NE to William L. and Thelma (Farnsworth) Howell. She attended schools in Hyannis and graduated from St. Louis University with a Bachelor’s Degree in Nursing. She worked in St. Louis as a nurse before moving to Riverton in 1997. She continued her nursing career in Riverton working at the Training School in Lander, WY until she retired. She also enjoyed a short time working as a school aide at St Margaret’s school in Riverton.

She married James Robert Mundy on June 9th 1972 in St. Louis, MO. Together they had two sons and two daughters.

Her family said that she enjoyed taking care of her children and spending time with dear friends.

She was preceded in death by her parent, her husband, her sisters, Kathryn Rohde and Margaret Young, nephew, Matthew, and an infant brother.

Memorials may be made to Amedysis Hospice in care of Davis Funeral Home.